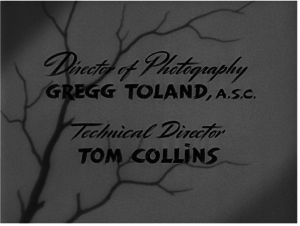 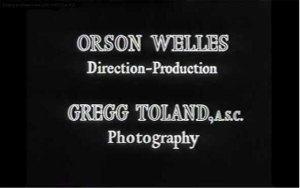 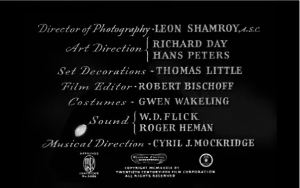 “Reproduced with permission from the British Society of Cinematographers Newsletter”
THE FIRST COMMERCIAL FILM TO USE THE TERM DIRECTOR OF PHOTOGRAPHY
by Phil Méheux BSC
As stated above, there is no article on the web or in any manual that deals with this issue. I have also spoken with the President of the American Society of Cinematographers and he has no archive on this subject The article, which follows, deals mostly with the development of cinematography of major feature films in HOLLYWOOD.
In the early days if cinema, there was generally only one cameraman who worked without an assistant, hand cranking the camera and very often developing and editing the footage. Probably the best known of these American pioneers was Billy Bitzer, who famously worked with D. W. Griffith on BIRTH OF A NATION (1915) and other films. Bitzer began work as a motion picture cameraman in 1896. Another well-known name was Roland Totheroh, Charles Chaplin’s personal cameraman. Images from both these artists still survive to this day! At that time, most films were 200 feet in length and silent at varying speeds mostly between 12 f.p.s. to 18 f.p.s or even outside of these numbers. There was no standard speed then for shooting or projection.
When foreign markets became important it was common to run a second camera with a separate operator alongside the main camera for a second negative. Further developments allowed the use of an electric motor, which freed the hands of the cameraman to adjust focus or pan and tilt the camera. The n along with panchromatic film came sophisticated artificial lighting allowing more dramatic use of light and shade followed by Technicolor which usually involved 2 cinematographers and very slow stock, so you can see as the
Industry progressed the responsibilities of the cameraman were increasing.
The advent of sound brought in a standard frame speed and cameras that needed to be silent. They often had to shoot “live” with multiple cameras because synchronizing the playback of a musical track to the camera had not been perfected and cameras had to be stationed inside soundproof boxes, which were naturally airless and stifling hot and known contrarily at the time as “ice¬boxes” because they resembled large refrigerators.

This meant that the cameraman could no longer be the `sole’ cameraman. Now, he had to have several operators and it’s possible that the term “Director of Photography” grew from that but I have no confirmation of this and in fact some of the most famous musical films of those early years: BROADWAY MELODY (1929) – the first film to be credited as “all – singing, all talking, all-dancing” carried the credit “photographed by John Arnold”.
The first sound film with dialogue; as we know was the JAZZ SINGER (1927) although the dialogue was the result of an accidental ad -lib on the part of the star, Al Jolson, carried the credit: “photography Hal Mohr” using only one camera but the first appearance of the tam DIRECTOR OF PHOTOGRAPHY appears to be not until 9 years later.
Looking at the credits for important movies after the invention of sound using the unreliable IMDb as a source with YouTube as a follow-up, the earliest scree credit I could find with the words `DIRECTOR OF PHOTOGRAPHY” appears to be given on the Universal Picture: ONE HUNDRED MEN AND A GIRL released in 1937, starring Deanna Durbin and Leopold Stokowski to cinematographer Joseph Valentine ASC. Here is the screen credit:

From that film onwards Valentine was always credited as “Director of Photography.” How this came about is not documented and I did not find any other instances before this movie nor amongst other contemporary films of that year.
The next appearance of the tam for a different cameraman was not until the 1938 film ALGIERS for James Wong Howe ASC directed by John Cromwell and starring Charles Boyer, Sigrid Gurie, and Hedy Lamarr. Although his subsequent use of term was initially sporadic.

It is my contention and only mine that many of the cameramen of those times who were under contract to a major studio were not necessarily given a choice of credit because the studio controlled credits whereas today and possibly then, a cameraman who was freelance or not attached to one studio (Joseph Valentine and James Wong Howe for instance), might have been able state their preferred credit in their contract. It could also be linked to membership of the American Society of Cinematographers, because you will notice that all the credits I have captured have the initials “A.S.C.” after the name, which was not common for studio pictures.
By 1939 the term was used more often. Contrary to the “freelance’ theory, studio cameraman par excellence, Leon Shamroy ASC (with 18 Oscar nominations and 4 wins) was a contract cameraman for 20th Century Fox and after THE ADVENTURES OF SHERLOCK HOLMES 1939 (credit below) was always credited with “DIRECTOR OF PHOTOGRAPHY.”

Most Hollywood studio pictures of the 20’s, 30’s and 40’s usually say “photographed by” or “photography” (which I still think is a nice label but of course does not accurately represent moving photography as “cinematographer” does.)
One of the most revered cameramen of that period, Gregg Toland ASC, freelanced several times away from his contract at the GOLDWYN STUDIOS most famously for CITIZEN KANE in 1941 with one of the most notable credits for a cameraman on the same card as the director and the last card the audience saw and to my knowledge has never been equaled:

However, this credit appeared on GRAPES OF WRATH (1940) a year earlier when he freelanced for 20th Century Fox with director John Ford echoing the depression era photography of Dorothea Lange but did not use the term again until 1946 preferring “photographed by”:

The only way to solve this question would be to screen all the releases since 1927 – the advent of talking pictures – good luck!
Nowadays it is almost ‘de rigeur’ that the cameraman on a mainstream feature film will be credited as “Director of Photography” and referred to as a “DP” or “DOP”. However, The legendary Vittorio Storaro once famously said that the reason he called himself “Cinematographer” and not “Director of Photography” was that he believed these was only one Director on a shoot!
EPILOGUE: One finds that the term should be reserved for cinematographers who have a wealth of experience as the criteria for BSC Full Membership states:
“… The work must demonstrate creativity and an appreciation of the art of cinema and more than just professional competence. Particular attention will be paid to lighting for differing conditions, both interior and x0dor, studio and location, and to how composition and camera movement have been used to enhance the story and mood of the piece.”
It is my sad observation nowadays that anyone who can push a button on a digital camera and create a website now credits themselves as DIRECTOR OF PHOTOGRAPHY – another nail in the coffin for the respect of the DP almost as bad as “A film by ….” which was created by agents to give their director clients more kudos than perhaps they deserve. And I was told by the president of the ASC recently that he was given a business card from an eager young man straight out of film school at one of their ‘open house’ events which read: “Sound – Key Grip – Editor – Director of Photography – Director!” His comment was: “At least we got billed above the director!”
Phil Méheux BSC